England is known for its competitive nature when it comes to their beloved sports. One sport, in particular, football, really gets the fans involved, where the city of London holds football derbies with the top local teams to compete against one another.

To be classified as a derby the competition must include two teams that reside within the same city or the same area. London has the most top professional football clubs compared to any other city in the world, which is likely due to the fan involvement from the city’s locals that make their clubs world-renowned.

For over a century, since November 11, 1905, London has celebrated the rivalries between their local teams; the first derby took place at Clapton Stadium. In this second-division match, the teams Chelsea and Clapton Orient battled it out on the pitch with the result of Chelsea winning three-nil over Clapton Orient.

With so much at stake, it’s even more important that key players like Harry Kane, Ross Barkley, Mezut Ozil and Pedro Obiang all show up for their respective teams when derby day comes around!

While over the years the number of clubs within the Greater London area has changed, currently there are a total of eleven clubs that participate each season. These teams are divided up into four divisions as follows: The Premier League, the EFL Championship, the EFL League One, and lastly, the EFL League Two.

In the last two divisions, each one only has one club to show, League One with AFC Wimbledon and in League Two, Leyton Orient. Matches between any two clubs are known as rivalries and are typically divided up between the four cardinal points of London, that is, The North London Derby, the South London Derby, The East London Derby, and of course, the West London Derby. 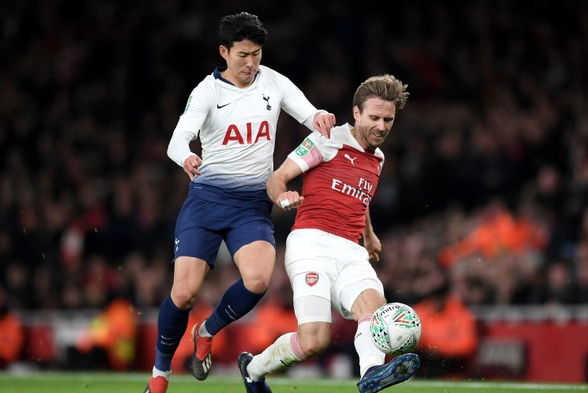 Within the North London Derby, there has long been a rivalry between all of the teams, however, because Arsenal F.C. (Football Club) moved closer to the home of Tottenham F.C. in 1913, it created a livelier competition between the two. The Gunners and the Spurs, respectively, as they are known colloquially, have played each other approximately 200 times.

In the South, once again, the close proximity of some of the teams has allowed for increased conflict between two clubs. While Charlton and Millwall tend to reside more in the southeast part of London and Crystal Palace and Wimbledon are further south within their district, a natural concentrated rivalry occurs each time these two sets of teams play against one another.

As the four divisions are what specifically divide the clubs up and not North, South, East, and West, not all teams within a cardinal point will go up against one other, therefore, most of the concentrated rivalry resides within the North and the South London Derbies.

The Dockers Derby is another well-known Derby that includes Millwall and West Ham United and is called such due to the two clubs’ past ties to the shipbuilding industry. Chelsea, one of the most world-renowned London Clubs considers both Arsenal F.C. and Tottenham Hotspur F.C. as its two biggest rivals.

Although many fans love to watch their favourite team on the pitch, a derby is simply not contained to the match on the field, in fact, the fans rivalry always begins well before the match takes place.

Some matches that have taken place over the years have a significant note in history due to the competitive nature of the fans’ passion for the game. And sometimes, teams that play the least often against each other tend to have the most drama during a game.

For example, West Ham United and Millwall, a rivalry that occurs in the East London Derby, are often the most hostile that the city has seen. Part of this rivalry has developed outside of the game when steelwork strikes occurred in the past with a lack of support from the Millwall fans.

More tension developed between the two clubs when gang warfare influenced the distaste for one another. In the 1960s, the rivalry between the two teams’ fans escalated to such a point that fans on both teams were killed.

Most recently the two teams met in the Carling Cup in 2009 and although the violence was better-contained, the hostility between these two teams always causes a spectacle for the game’s viewers from all over the world.

It is without question, that London’s football derbies have great significance within the world of sports. Not only does it offer their fans a great day of supporting their teams on the pitch, but the passion is contagious and can be celebrated worldwide.