All artists can understand the exhilaration that comes from effectively moving an audience to emotion, but only a select few artists can claim to have enacted the inspiration of awe in their audience.

So many mediums and industries chase that elusive reaction, with teams of thousands going so far as to invest millions of pounds in capital on the mere hope of building a dénouement that takes the breath of the audience away for just a short moment.

The sense of awe is powerful; it is profound in ways that are almost inexplicable in words.

Some thinkers even believe that awe is the product of our mind literally expanding from taking in an experience that challenges us and forces us to grow. Awe is chased by thrill-seekers, bookworms, and gourmands alike, often leading these diverse individuals on long adventures to foreign locales.

Despite the rarity of works that can inspire wonder, certain items have delivered unfailing inspiration for centuries, and sometimes even millennia.

When thinking of time-tested works, great works of architecture often spring to mind first, with buildings such as The Eiffel Tower, The Empire State Building, and the Cathedral of Notre Dame, but certain images are so deeply embedded in our cultural awareness that they often start our hearts aflame without us even immediately recognising their presence for what it is.

Incredible, ancient works of art have been carefully preserved by countless generations of individuals who saw the value within them, and dates of their origin reach back into the ages before written history.

Breathtaking creations like the Cave Paintings of Lascaux, The Winged Lumasi of Akkad, and the Sphinx at Giza have sent ripples of influence through art that can be seen – and felt – to this day. Their image alone can sometimes invoke that very sense of awe that so many artists aim to forge anew.

Pablo Picasso, the inventor of abstract art as we know it today, has been quoted saying, “lesser artists borrow; great artists steal.” While “stealing” is a term most art historians would disagree with, the idea seems to contain some truth.

Many modern works of great repute have utilised imagery established millennia ago to contribute to the creation of a sense of awe. Whether it is the imposing and cold halls of Egypt depicted in the animated film The Prince of Egypt or the subtle Grecian dramatic theming present in the modern classic Eternal Sunshine of the Spotless Mind, modern works regularly invoke the inventions of those who came thousands of years before us to great effect; both films, very different in subject and scope, are well- recognised for their ability to create a lasting emotional impression on viewers.

The emotional magnitude of ancient works comes from a rare intersection of traits.

Ancient works of art are anachronous, giving us a snapshot of a time we can never see ourselves. Ancient creations bring with them many mysteries; we can rarely know the full extent of the craftsmanship or the creative process that led to their creation. Finally, these unique pieces carry with them the legacy of their people, often both good and bad.

Assyrian carvings depict both the power and the brutality of the Assyrian people. The Akkadian Lumasi give us a physical representation of the wise and lawful nature of the Akkadian nobility while also showing their shortcomings and their harsh outlook. Prehistoric Egyptian tombs help us understand the significance and evolution of the spirituality of one of the oldest nations on the planet.

Just one of the aforementioned characteristics would be enough to inspire awe, but the intersection of them gives many pieces of ancient art a truly profound presence that artists to this day hope to replicate. 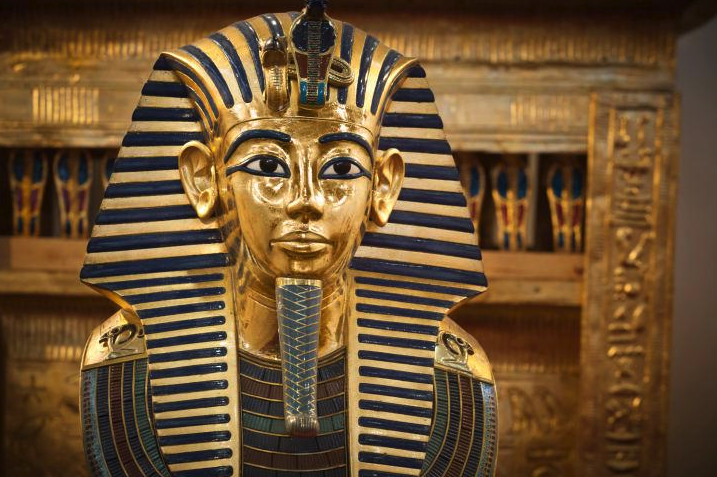 In this way, we see that the creations of bygone civilisations not only affect us by appearing in our works but by influencing the way we create.

Characteristics of Homeric oral tradition appear in stories we know and love today, architectural motifs popular among architects who were the contemporaries of Tutankhamen shape how we communicate grandeur, and the words of long-passed authors find their way into our everyday speech in addition to our greatest works.

Awe motivates us to rethink ideas we thought we knew.

It enchants us and tempts us into grand adventures to places we would have never otherwise gone. The case could even be made that the feeling of being awestruck, of having our breath taken away, is the very muse so many artists have always turned to for creative inspiration.

The communication, sharing, and experience of wonder is a universal thread that connects humans from the Internet Age to the Paleolithic Age. Artists creating today can, should, and do play with the themes, imagery, and creative processes of eons-old art. With any luck, our wonder and awe will lead us to a more beautiful future that teaches us more than we ever could have expected.