The United Kingdom is no stranger to singing competitions. Over the years they have shared their talent in a wide variety of hit shows. While some are specific to Britain alone, such as Britain’s Got Talent, others have crossed the pond from North America and have done so well that the UK created British versions of the reality singing competitions.

One of the first singing competitions that welcomed participants from all over Europe, including the United Kingdom, is a contest called the Eurovision Song Contest. It was first held on May 24, 1956, and still exists today.

The UK first appeared on the show in 1957 and have reached the top 10 a total of 41 times, while also placing in the top 5 a total of 29 times over the 59 appearances they have made on the show. Although they continue to participate each year, their most recent win was in 1997 with the group Katrina and the Waves.

Stars in Their Eyes

Following in the popularity of the Eurovision singing competitions came the show known as Stars in Their Eyes. It is also an older British talent show that began its debut in 1990 and was based on a Dutch show known as Soundmixshow. The premise of the show allowed for public contestants to impersonate popular stars in the form of a singing contest.

Each participant would be given a brief bio, followed up with a short interview with the current host and then he or she would walk through a smoke-filled door dressed up as the chosen star. The aspiring singer would then perform a song (and possibly a dance) for the viewing audience.

Although the show ultimately ended in 2006, it remains to this day as one of the UK’s most successful shows with a viewership of approximately 13 million for each season finale. Despite being revived in 2015, and even having a couple of specials, its glory days will always be its first original run of the series.

The next in the line of singing competitions is the show knowns as The X Factor which first debuted in 2004. The premise behind this singing talent show allows for public auditions, followed by a Bootcamp, live shows, and then the semi-finals and finals.

This show was created by Simon Cowell, who is well-known for his creations of other popular competition shows, such as Pop Idol. Despite doing well, the series was cancelled in 2017. It has since had a spin-off called Xtra Bites. 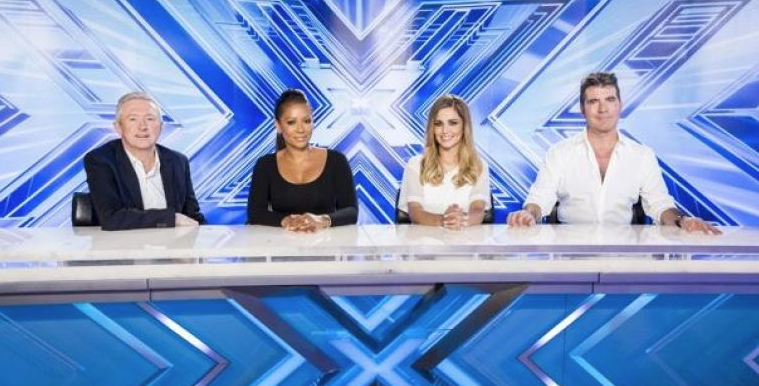 England’s own Britain’s Got Talent is, once again, thanks to the Artists and Repertoire (A&R) executive Simon Cowell. Although not specifically a singing competition, it still allows for aspiring singers (or any age) to join in the competition.

This show first premiered in 2007 and here, there is a chance to win a cash prize as well as the opportunity to perform before the British Royal family. First, auditions are held where the judges select who they want to continue to the live shows, then it is the public who will take over judging who remains on the show and ultimately, the winner.

Averaging a viewership of over nine million, it has become one of the most popular reality singing competitions in the UK. It consistently receives positive reactions from its viewers and has been renewed to the year 2022. There will also be a spinoff known as Britain’s Got Talent: The Champions which is set to air in 2019.

The Voice UK, the last and most recent reality singing competition, is based upon a Dutch series, The Voice of Holland. It first aired in 2012 and is still currently running. The format of this singing competition allows for celebrity judges to act as coaches as they pick from the auditioning contestants to fill spots on their teams.

What makes this show different, is that the auditions in front of the judges are done as blind auditions and the judges base their selections by the talent of the voice and not the appearance of the artist. After the auditions take place, there are the battles, the knockout stage, and lastly, the live shows where the public votes for a winner.

There is no question that Britain’s love their singing reality tv competition shows. Whether they are watching them on the telly or auditioning for them, themselves. There seems to be no sign of them slowing down.